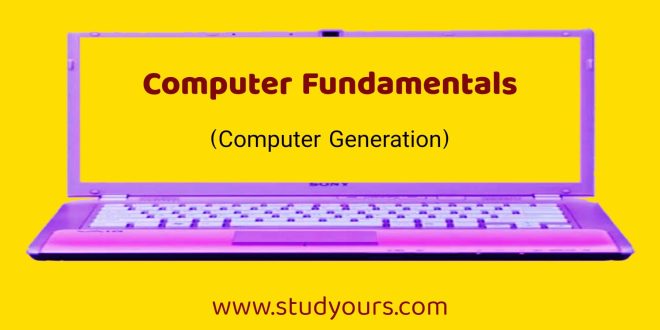 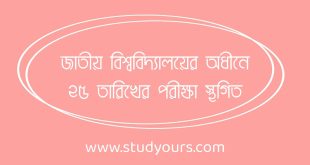 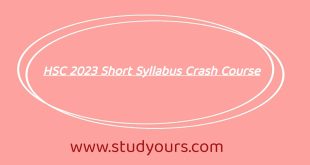 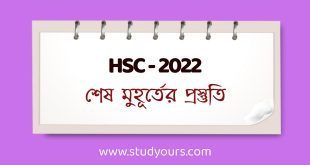 • The computer has evolved from a large-sized simple calculating machine to a smaller but much more powerful machine.
• The evolution of computer to the current state is defined in terms of the generations of computer.
• Each generation of computer is designed based on a new technological development, resulting in better, cheaper and smaller computers that are more powerful, faster and efficient than their predecessors.
• Currently, there are five generations of computer. In the following subsections, we will discuss the generations of computer in terms of the technology used by them (hardware and software), computing characteristics (speed, i.e., number of instructions executed per second), physical appearance, and their applications.
• The computer we are using today had its beginning with a 19th century English mathematics professor, Charles Babbage.

• The first computers used vacuum tubes(a sealed glass tube containing a near vacuum
which allows the free passage of electric current.
• They were often enormous and taking up entire room.
• First generation computers relied on machine language.
• They were very expensive to operate and in addition to using a great deal of
electricity, generated a lot of heat, which was often the cause of malfunctions
(defect or breakdown).
• Other developments continued until in 1946 the first general– purpose digital
computer, the Electronic Numerical Integrator and Computer (ENIAC) was built.
• It is said that this computer weighed 30 tons, and had 18,000 vacuum tubes
which was used for processing.
• Computers of this generation could only perform single task, and they had no operating system.

• Advantages :
– It was only electronic device
– First device to hold memory

• Transistors replaced vacuum tubes and ushered in the second generation of computers.
• Second-generation computers moved from cryptic binary machine language to symbolic.
• High-level programming languages were also being developed at this time, such as machine and assembly languages.
• These were also the first computers that stored their instructions in their memory.

• The development of the integrated circuit (IC) was the hallmark of the third generation of computers.
• Transistors were miniaturized and placed on silicon chips, called semiconductors.
• Instead of punched cards and printouts, users interacted with third generation computers through keyboards and monitors
and interfaced with an operating system.
• Allowed the device to run many different applications at one time.

• Advantages :
– VLSI technology used
– Portable and reliable
– Use of PC’s
– No A.C. needed
– Concept of internet was introduced
– Great developments in the fields of networks
– Computers became easily available

• The period of fifth generation is 1980-till date.
• In the fifth generation, the VLSI technology became ULSI (Ultra Large Scale
Integration) technology, resulting in the production of microprocessor chips
having ten million electronic components.
• This generation is based on parallel processing hardware and AI (Artificial
Intelligence) software.
• AI is an emerging branch in computer science, which interprets means and
method of making computers think like human beings.
• All the high-level languages like C and C++, Java, .Net etc., are used in this
generation.
• The goal of fifth-generation computing is to develop devices that respond to natural language input and are capable of learning and self-organization. 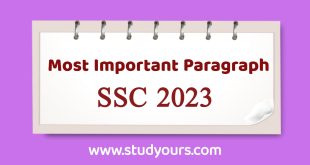 Most important paragraph for ssc 2023

Most important paragraph COVID-19 : Symptom and Prevention COVID stands for Coronavirus Disease. It is …